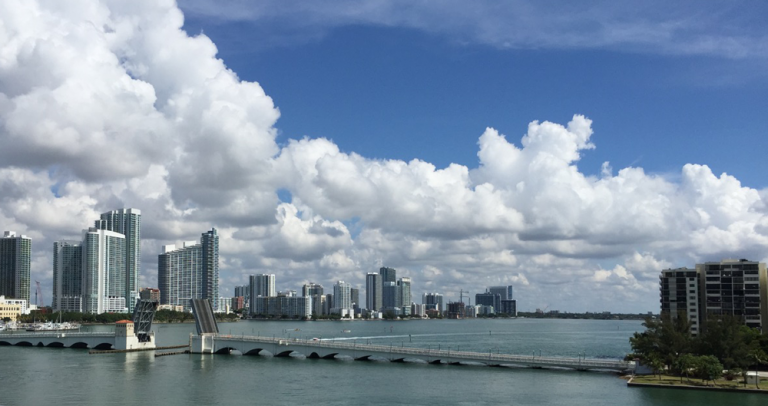 The Lean Kanban North America Conference took place this year in Miami and LEANability was, of course!, right in the middle of it all. Klaus was definitely quite busy: Lecture, workshop and presenter of the Brickell Key Award. But, first things first…

With approx. 70 people, Klaus’s session was very well-attended. Content-wise, the session expanded upon the LKCE14 lecture which Klaus gave in cooperation with Troy Magennis in November 2014 in Hamburg. It was a lot of fun and, if you can believe the feedback, the participants gained numerous pragmatic, immediately applicable tools for their own environments. The slides have been published on Slideshare – It is definitely worth a look since the content of LKCE14 has been much further developed:

Workshop: Lean Kanban – it is not as it seems.

Kanban and having a closer look was the topic presented. With its 26 participants, the workshop was filled to the brim. This, however, was in no way a hindrance for learning and having fun. After all, a few facilitation techniques for large groups can also keep a crowd at bay. The following bold statements from Klaus were at the heart of the workshop:
▪     Work is done faster, if we do not work.
▪     Increased team performance often leads to decreased system performance.
▪     Rolling dice gives you as good a forecast as intense analysis or estimation if you don’t limit your WiP.
▪     We have plenty of time for tasks we never have time for.
▪     We don’t serve our customers well, if we process their work immediately.
These not so intuitive statements were dealt with by the workshop participants using an experiment. And yes, the decision was unanimous: The statements were true! But, who said that working effectively has to be intuitive?

After Klaus was honored with the Brickell Key Award “for outstanding achievements and leadership” the year before by the Lean Kanban Community in San Francisco, he became part of the selection committee for this year’s award together with Janice Linden-Reed, David Anderson and Jim Benson. It was by far not an easy decision which could be seen by the fact that the committee “met” from 9 p.m. to 2 a.m. In the end, two prize-worthy candidates were chosen: Patrick Steyaert, Belgium for his work concerning Upstream and Discovery Kanban and Ian Carroll, UK for his extensive and openly shared experience with the application of Kanban outside of IT.
At the end of the day, the entire conference was a grand success which was due, in no small part, to the location Miami for all of its impressions. Caribbean Latino feeling with tropical temperatures – What else could you wish for?